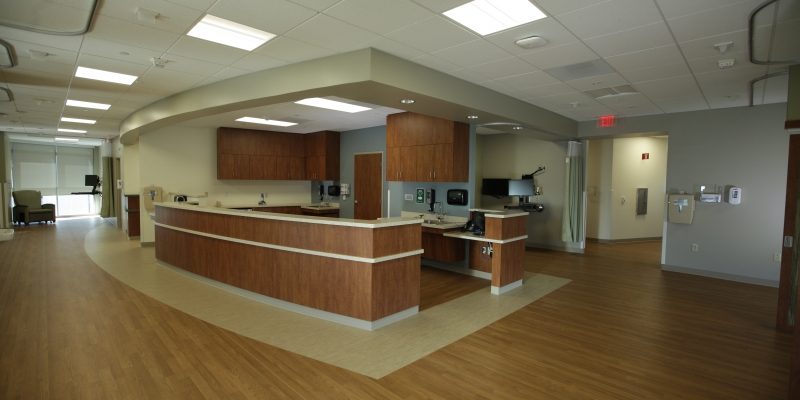 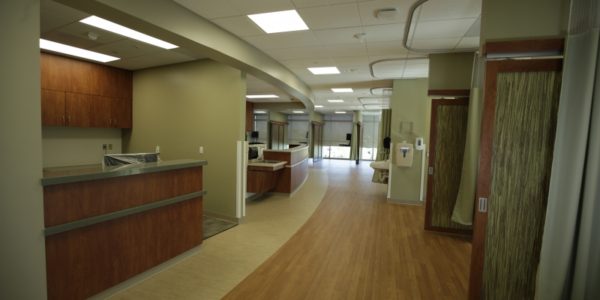 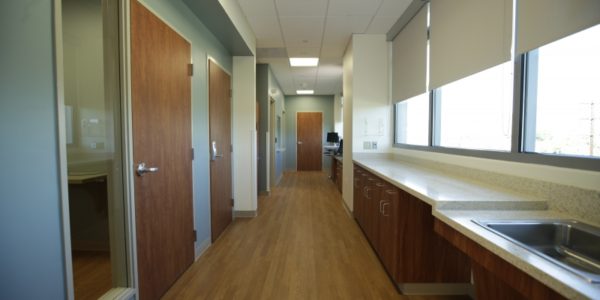 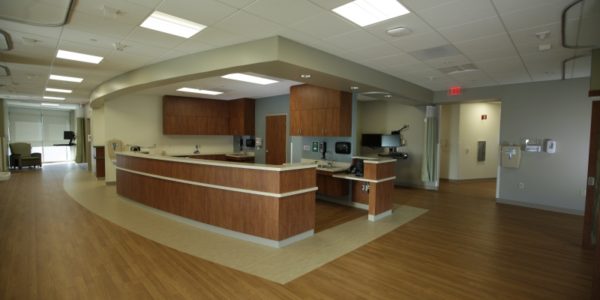 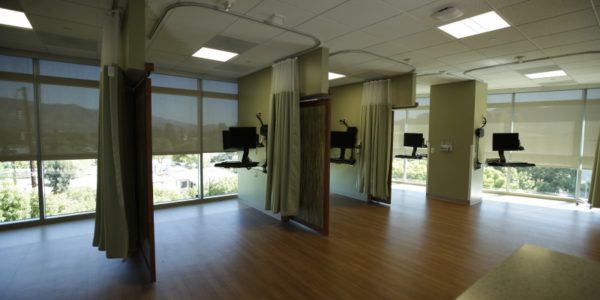 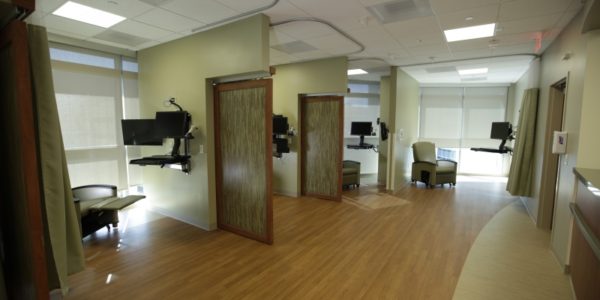 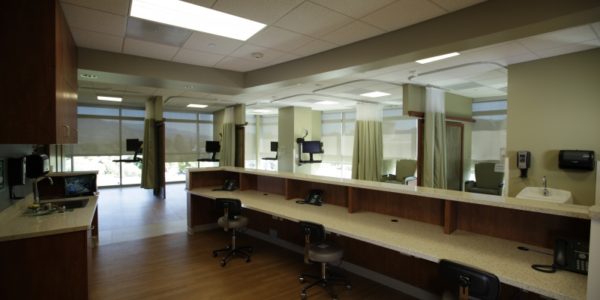 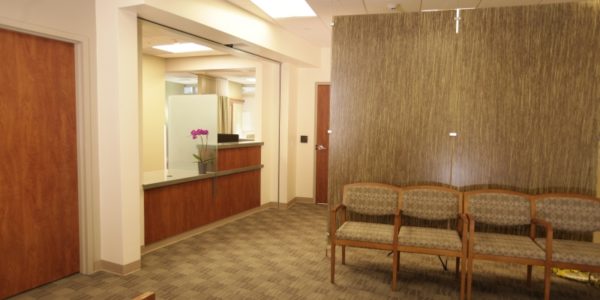 Overview:
The Roy and Patricia Disney Family Cancer Center is a beautiful Medical Office Building in Burbank, CA, serving as an extension of neighboring Providence St. Joseph Medical Center. The 4th Floor remodel of “DFCC” fell under the strict guidelines of OSHPD, and consisted of a reallocation of offices, creation of new clinical spaces, a new Waiting Lobby layout, and a complete overhaul of finishes throughout.

Vision:
Providence Health has done an incredible job branding their facilities, throughout greater Southern California, with natural palettes that combine wood grains with very popular linen-styled sheet goods. This project was no different, allowing patients that frequent Providence’s facilities to be comforted knowing that the finishes match the same level of care that they value and trust. With a strong base of Realities wood-grain sheet vinyl throughout much of the space, the unique architecture of the building was accented with Paradigm sheet goods, which consists of linen-like patterns and striated designs. As such, ceiling curvature was mimicked on the floor, accenting the Nurses’ Station, as well as the rounded windows surrounding the infusion clinic. The natural light that the building radiates throughout the space, but was complimented with the warm balance of colors found in both the floors, cabinetry, and solid surfaces. Other natural green tones were introduced into the clinical space with privacy curtains and glazing, which separated each station along the large glass windows. The waiting lobby consisted of a beautiful carpet pattern from Atlas, complimented with striated glazed panels which seamed to mirror the same pattern style of the Paradigm Sheet Vinyl in the adjoining clinical space.

Construction:
As is pivotal with any sheet vinyl installation, floor preparation was an integral part of this project. Paint markings from prior work in the building had badly stained prior floors, and thus, Universal Metro meticulously addressed all markings prior to moving forward with cementitious underlayment. Also cause for concern was the outside lighting, with large floor-to-ceiling windows surrounding the workspace. As such, self leveling and floating the surface was a crucial element of this successful installation. Lastly, the architectural elements of the project, such as the rounded cuts along casework, windows, and matching ceiling curvature above, were addressed with precision out in the field, as templates failed to account for as-built ceilings, casework, etc. In the end, Universal Metro’s commitment to preparation created a beautiful finished product, void of imperfections caused by exterior glare and reminiscent of the beautiful design that Boulder Associate Architects and Providence Health System set out to achieve. 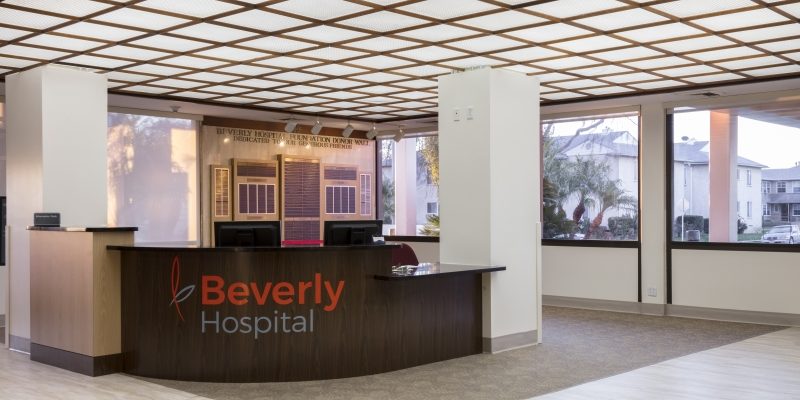 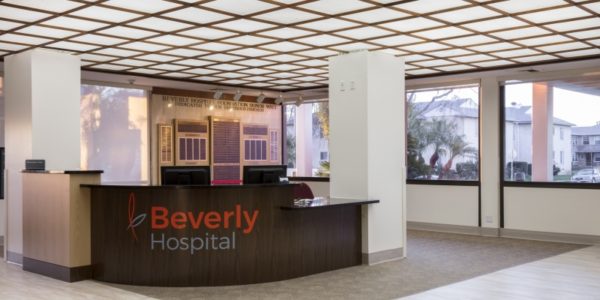 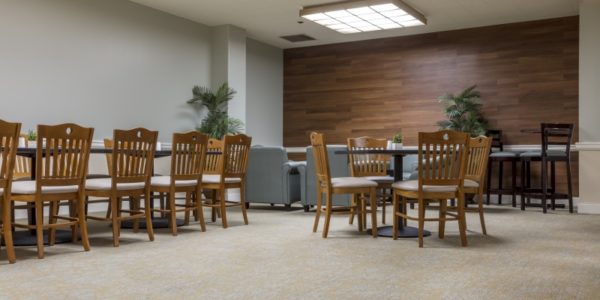 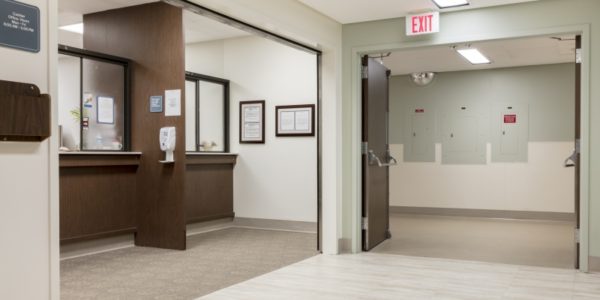 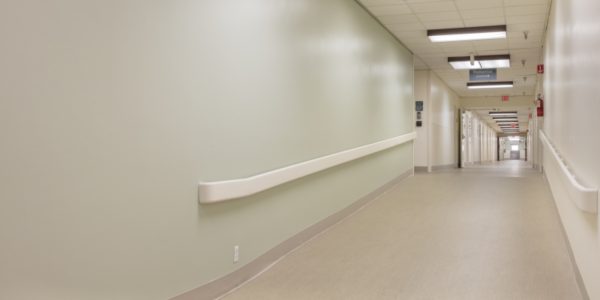 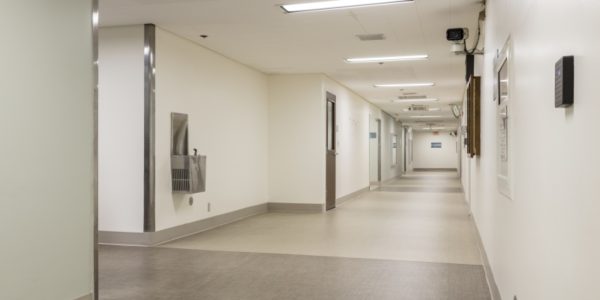 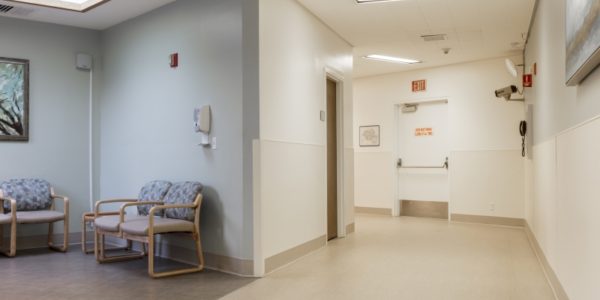 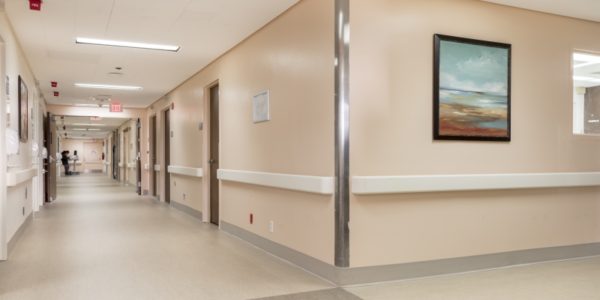