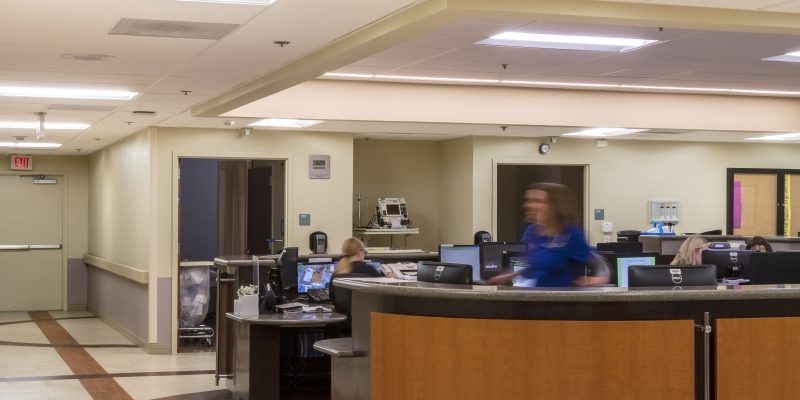 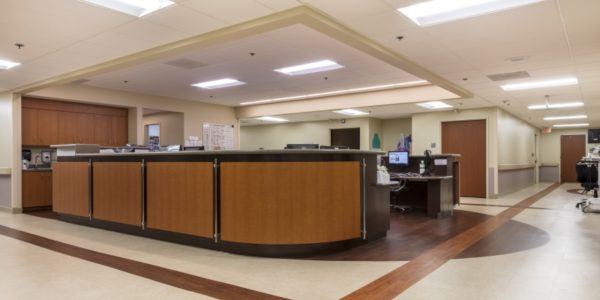 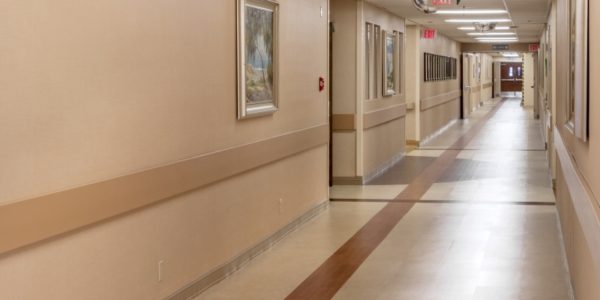 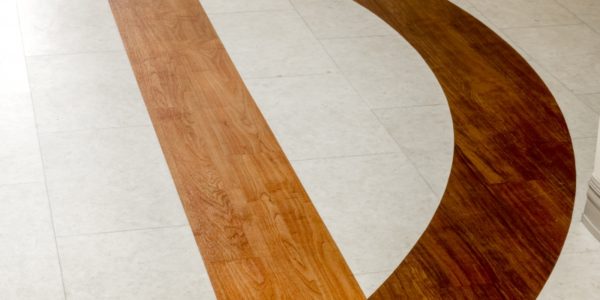 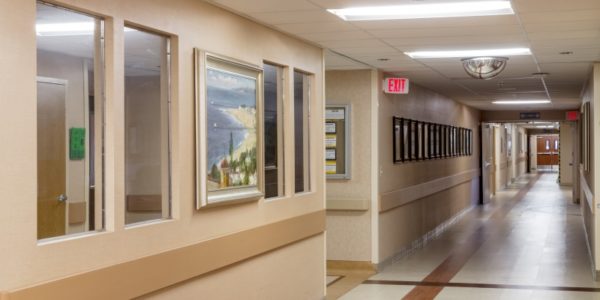 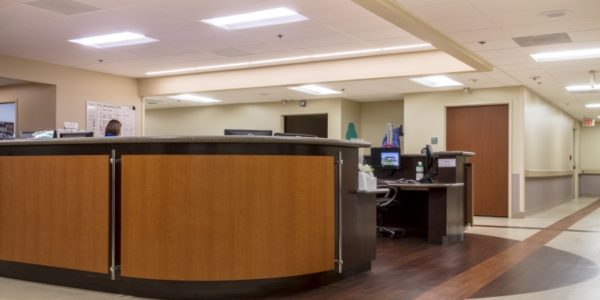 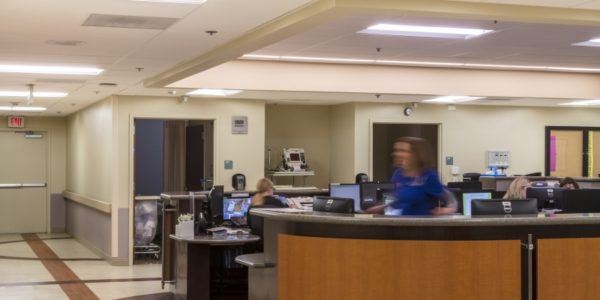 Overview:
Placentia Linda Hospital, a member of Tenet Health, is a 114-bed, acute care hospital, servicing greater North Orange County, CA. For months, a major overhaul of the hospital’s Main Corridor and Med-Surg Unit was delayed and design plans seemed to be the biggest source of the problem. Despite regular meetings with their contracted interior designer, hospital management struggled to find common ground in their vision, and thus, the hospital’s COO and Facility Director reached out to Universal Metro for help. Grant Petruzzelli of Universal Metro quickly saw that the vision painted by the hospital was not reflected in the plans he was provided. They needed new ideas and quality solutions fast, and Universal Metro was up for the challenge.

Vision:
Drawing on the designs found in a collection of magazine ads, project photos, etc. that the Facility Director had collected to create her own vision of the project, Grant began incorporating as many design elements as possible to move the project forward. To do so, he had to combine both circular pattern accents with linear lines. With flooring material finishes already submitted, based on the original designer’s failed attempts, Grant worked diligently with Mannington’s District Manager to maintain the Amtico LVT finishes previously sampled. Using a half-running bond and a 12″ x 24″ format, Stone LVT was used as the field, providing a solid base for this busy hospital corridor. With a two-plank wide accent stripe running off-center in each corridor, from one end to the other, the lighter or darker Wood LVT stripes were in contrast to the circular designs that break up the monotony of corridors extending as much as 335′ in length. Nursing stations were accented with darker half-rounds, showcasing their location for those in need of help. At intersections, overlapping aesthetics added to the way finding theme, as their occurrence suggests whether patients or staff are walking North-South or East-West. Lastly, adjoining corridors that didn’t meet budget constraints are still complimented, despite their in-laid border design, with complimentary colors and finishes, and a linear dimension that could easily accommodate the next renovation and extension of the design. Lastly, the design focused on an underlying moisture condition that had to be addressed, and with the help of both Ardex Moisture Resistant Patch and Halex’s Versashield, a solution was provided, under budget.

Construction:
The new design put forth by Universal Metro was met with open arms, forcing Grant’s design consultation on surrounding finishes (wall features, doors, and casework) and meetings with the new architect, who focused on everything but the floors. Due to the unforeseen costs associated with the initial designs, the Facility Director relied heavily on Universal Metro to provide a lower cost solution to address the moisture issue. As such, the project was value engineered using Versashield MBX, allowing up to 98.9% RH coverage, while not compromising the Mannington Amtico flooring finishes to be installed above. Additionally, because the hospital’s main corridor is the primary source of travel throughout the facility, the installation of 9,000 SF of floor covering needed to be mobilized over 6 phases, each requiring demolition, a custom tape grid for the VersaShield installation (as specified by an on-site, Technical team from Halex), and customized field cuts, adapting the design, initially drawn in Adobe Illustrator and Photoshop, to templated patterns that could be used in the field for consistency and design cohesion. Coordination with the facility was integral to our success, as phasing plans were adjusted to census needs, initial maintenance requirements, and paths of travel. Ultimately, Placentia Linda was left with a solution to their moisture issues, a durable and beautiful new floor, and a basis for future designs and renovation themes.