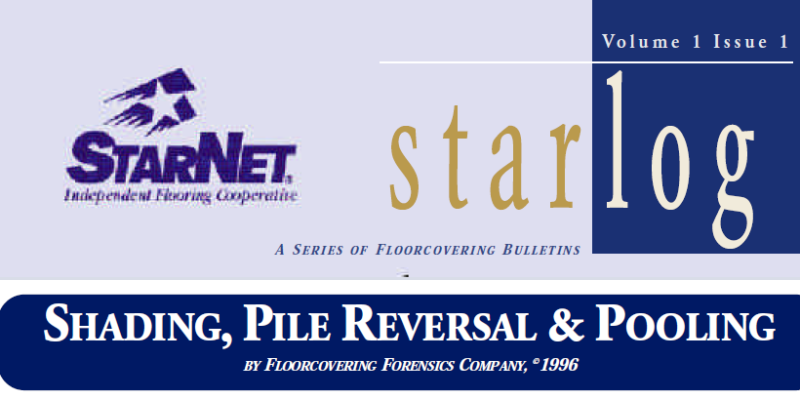 To varying degrees, most cut-pile carpets exhibit a characteristic known as shading–apparent shade variations caused by relatively slight changes in pile lay from traffic, vacuuming and general use. Since the sides of fibers reflect more light than their tips, pile laying away from the observer appears lighter, while pile laying toward the observer appears darker. Areas that appear dark when viewed from one direction appear light when viewed from the opposite direction, and vice versa. These changes in pile lay are temporary and usually can be removed easily by vacuuming or brushing the pile.